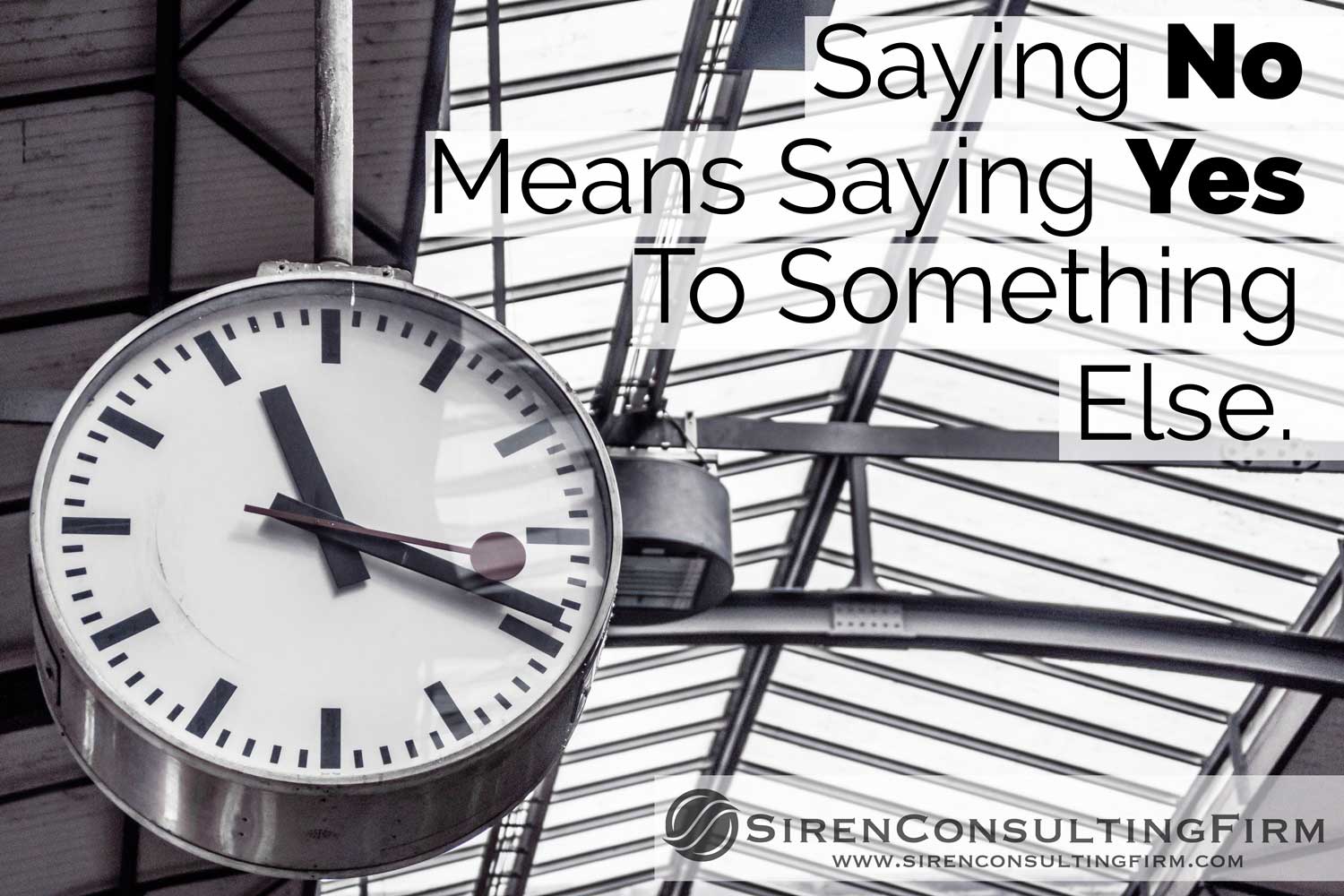 I’ve always had a tough time saying no.

Maybe it’s because I’m a people-pleaser by nature, or maybe because I like to be busy (like, really busy)

It’s also because I really do like to help.

What happened though as I took on more and more responsibilities (both personal and professional) is that I found I was often unable to help when it was most important, or when I really wanted to. I was simply too busy (and pretty burned out)

Saying yes to everything left me saying no to things that really mattered.

It was then that I heard a quote that changed everything.

Saying no means saying yes to something else.

It was no longer about saying no, it was about saying yes to something else. Whether that was work that needed to be done, time that I wanted to spend with family or friends, or even a bit of spare time (which every entrepreneur will tell you is a rarity) so that I could be fresh for the next time I wanted to say yes.

We all have the same 24 hours in every day, it’s how we spend them that determines our level of success/happiness/stress/satisfaction/health/fulfillment.